Continuing from the previous time, we will introduce the comparison and verification results in different environments performed by our company with the following 8 types of 3D cameras.

About the verification machine (repost) 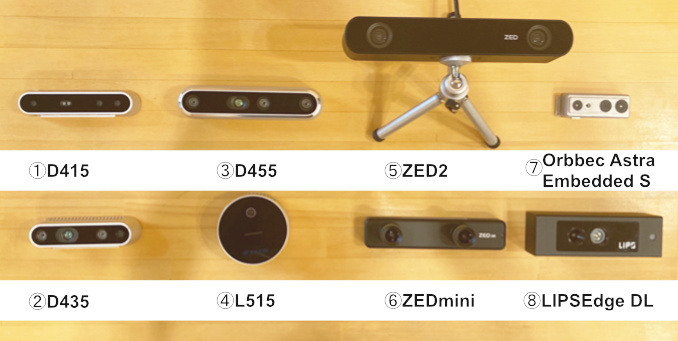 The specifications of the computer that connects the 3D camera are the same as the outdoor edition.

The depth feeling of the room where the verification was performed and the positional relationship between the camera and the shooting target are as follows (Duckietown VideoI lined up the ducks used in.) 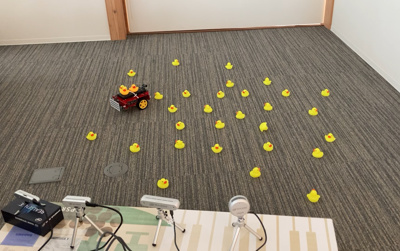 Also, in order to verify "what happens when I shoot a black object" and "how the mirror is recognized," I took a black rucksack, a display, and a mirror in the room.

First, here is the result of indoor data acquisition of RealSense series. 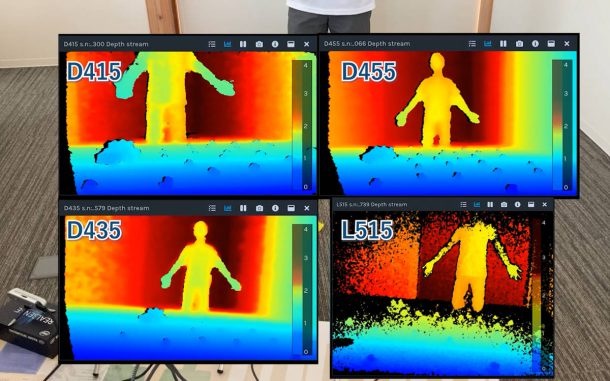 As it became clear later about this data, it seems that the L515 is affected by the light entering from the window and the light source emitted by other 3D cameras.

As an example, as shown below, distance data is obtained more clearly just before sunset (right image) than around daytime (left image).

Also, as shown in the lower right of the image below, when I moved LIPSedge, which is a Time-of-Flight (ToF) type 3D camera, at the same time, L515 seems to be affected by the infrared pattern emitted from LIPSEdge. (Three lines in the two screens on the left).

The D415 that was moved at the same time was not affected (upper right). 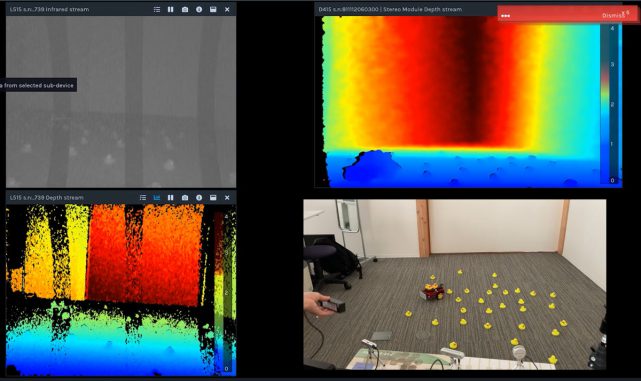 Then, in the black rucksack and the display, and the picture with the mirror placed, the data was acquired in this way. 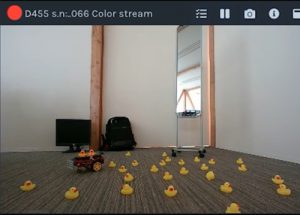 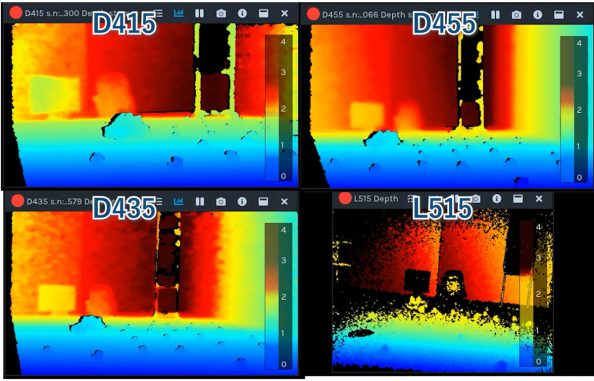 The D415/D435/D455 were able to detect black displays and rucksacks (black objects). On the other hand, recognizing the mirror surface seems to be difficult with any RealSense product.

The data of ZED 2 Stereo Camera / ZED Mini was acquired as follows. You can see the position of each duck on the floor.

For black objects (rucksacks) and mirror images, the rucksacks have their respective data acquired as shown below. Otherwise, the distance may not be calculated. In principle, the object reflected in the mirror seems to be detected as located farther.

For the Astra Embedded S, both the black object display and the backpack could be detected as follows. As with other products, no distance data is available for mirrors.

For the LIPSEdge DL, we could not get the data in the outdoor verification of the first part, but it will work normally in the original use indoors. Regarding the black object, the rucksack was removed, but the display could not be detected. There seems to be a difference depending on the reflection characteristics of the object surface.

In addition, as an indoor extra edition, I tried moving various devices in a room where nothing can be seen with the naked eye. 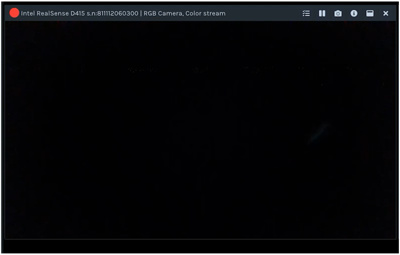 The RealSense series looks like this in a pitch dark room. 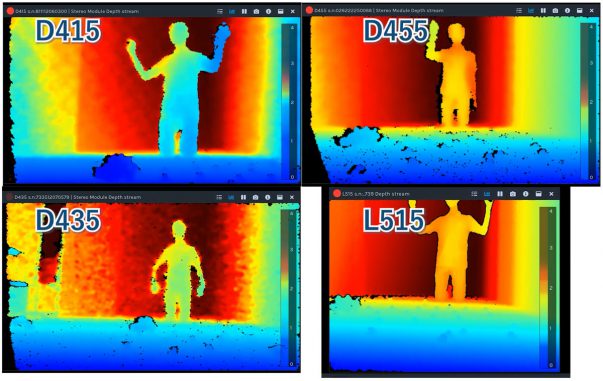 Contrary to the previous step, the L515 is able to acquire data with a high level of accuracy that allows you to see the wrinkles on your clothes. Other cameras seem to get the data, but the D435 seems a little rough (maybe a configuration issue, but I'm not sure why).

I had expected about ZED 2 / ZED Mini, but I could not get the data.

Since the ZED series is a passive type 3D camera, it requires a certain amount of light.

These 3D cameras that emit infrared light from the device can acquire data even in places where there is no external light.

This is the end of the comparison and verification of operation in different environments with 8 types of 3D cameras.

Depending on the detection method of the distance data of each 3D camera, it is greatly affected by the surrounding environment. Especially in this verification, the influence of the surrounding environment appeared remarkably for RealSense L515. High quality data can be obtained in an ideal environment (dark place where there is no outside light), but it was confirmed that it is affected by sunlight and other 3D cameras.

Conversely, passive type 3D cameras like the ZED series cannot be used in the dark.

Based on these results, it is a good idea to consider the surrounding environment you plan to use when selecting a 3D camera.

We hope you find this article helpful.

We offer some of the popular products handled by the overseas product procurement service Unipos as rental machines. In addition to customers who want to try it for a week, "Longer […see next]

■ This article was posted on August 2016, 8, so the information content may be out of date. 23D camera computer Orbbec Per on Unipos website […see next]

A new lineup "DCAM 560C series" has been added to the DCAM introduced in the ToF depth camera Vzense DCAM on the Unipos website. […see next]